The PC Didn't Die. It Was "Future Proof"

And now it's happening to phones. 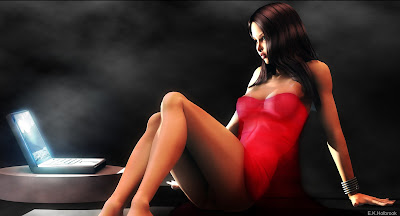 I've argued over the past several years that PC's sales being "down" and iPad or tablet sales being "up" was not because of any major switch in how people use or work on computers or the internet but that in fact, those PC's we bought 4 years ago were just built much better, built to last longer than the PC's we bought 10 years ago. "Future Proof" I believe the term is.

Since as long as I've owned and used computers, it was inevitable that the moment you bought a new computer, it was outdated. Old. A fast one came out 3 months later and for the next 9 months of the year, all you could think about was getting a new machine to play the latest game that demanded this new processing power.

This now happens with phones. Tablets not as much, but phones most definitely. You buy the latest "Galaxy" or "iPhone" or some other brand, knowing that in under a year, a new, faster, bigger, more powerful or smarter phone will be out.

It's no wonder that the sales of phones for the past few years was way up. Everyone thought they needed, knew they wanted, that latest and greatest phone with the better camera and bigger screen. Millions and millions of phones were sold, the demand was crazy.

But it hit an apparent flat spot, or if not flat, then certainly a slow down. For the same reasons that the PC industry hit a slump: Phones, like the PC did 4 years ago, hit that spot where they are "future proof" and don't drive that 1 year craze of people screaming, "I NEED A NEW ONE!"

As for the PC, I say 4 years only because that's when it became apparent to me, an avid PC gamer and hardcore PC "power user", that an i5 with 16 gigs of RAM and a 2 gig video card that could pump out games at 60 FPS at 1920x1080 resolution, was something I could live with for a bit. "A bit" turned into a year, then 2, then 3. My PC is now going into it's 4th year and yes, it's probably time to think about upgrading, but I'm not sure to what. The desire and need is still not there. My PC is more than just "good enough" still. It's still better (by a large margin) than the PC I use every day at actual job.

Where once I was spending $2,000 a year on a new computer every 12 months, The PC industry has seen $0 from me in close to 4 years. That's got to hurt the PC industry. And I certainly am part of the "Slow PC Sales" stat. And I don't think I'm the only one.

We've all been unwittingly contributing to "Slow PC Sales" because those PC's we bought are still pretty awesome. They're not "tablet" PC's, no. And they're not touch screen devices either, but that clunky desktop machine I bought 4 years ago will blow the doors of any surface pro windows 8 tablet/laptop machine out there.

And, for everything else, I'll use my Note 3.

So the stats of slow PC sales are somewhat misleading. They imply people are using computers less or something, when in reality all this stat actually told us is that "sales" of PC's are down.
Yes, of course. If car companies made really great cars that ran great for 300,000 miles and looks were not important, car sales would be down too.

I don't use my PC less, although I do use it differently.

But less? most definitely not. Differently in that I don't use it to check email or the news as often, but instead I immediately jump into a game or some creative work. I get my news and email fix from my phone now.

My "computer" money has gone towards phones for the past 3 or 4 years. iPhones for the most part. Every year. Every version since the original. I HAD to have the latest. Faster. Better camera. That same desire I had for PC's was now spent on phones. I had to have a great phone that was fast, took great pictures and video and could withstand my constant use of checking mail, reading news, playing music, storing files.

But then something strange happened.

I had the iPhone 4s, had it about a year, and bought a Galaxy s3 during the summer of 2012. Had 2 gigs of RAM, expandable storage, large screen, nice camera, great video. The S4 came out the next year as did the iPhone5 and 5s. But my S3 had been "Future Proofed" although I didn't realize it at the time. I didn't see anything in the new phones that really made me want it, feel that need to buy it. This had to hurt Samsung. Had to hurt Apple. Had to hurt the entire industry if others felt the same way I did. I went from 1 phone a year since 2007 down to 1 phone every 22 months. Not a good sign.
Much like that 4 year old PC, the S3 was able to survive nearly 2 years of my use. Finally this late spring, I upgrade to a Note 3 (itself an 8 month old phone model at the time I upgraded). I see this phone lasting me about 1.5 to 2 years also. ( I took an S5 home for the weekend prior to the Note3, but felt it was NOT future proof, despite having, on paper, better specs, and returned it for the Note3)

In the meantime, I might be checking out a new PC soon. The PC never died.